This was not a great year of reading for me.  (Actually, I will be glad to see the end of 2019 for a number of reasons.)  But that doesn’t mean that there weren’t some great reads through the year.  In fact, one reason I didn’t get through as many books as I planned was that some were long (e.g. City of God which I am still working through).  For further reviews you might want to head over to my friend Grace Invader and see his reviews (he had a better reading year than me!)  But in the tradition of the last 3 years: here are my Top Books for 2019.

Book of the Year

2019 will be remembered as the year that I discovered J. D. Greear.  Not God Enough was a well-timed book for me to read in a hard year.  The thesis of the book is that most Western Christians have lost sight of the majesty and transcendence of God, and this leads to most of the problems we have in our life or at least spiritual life.  Greear is very, very readable and honest.  But he is also theologically switched on, this is no pragmatic American.  The reason for being the book of the year is not merely the timing.  It is a book my wife and I had bought several copies to give away.

Again Greear has come through for me: Gaining by Losing is his book on how he changed his church around from essentially counting people who came on a Sunday, to counting the number of people that the church sends out to their community.  This was a challenging book for me as every time we lose people they take a little part of me with them and  Greear addresses this issue, with a number of others, in terms of leading.  Some of the instructions are for a large, middle-classed US church, but there is enough to understand how to contextualize the principles. 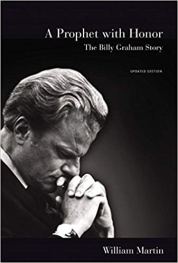 Last year we lost the great Billy Graham, or has he would have put it, he went home.  But it made me realise how little I actually knew of his ministry.  I had attempted Just as I Am, but found it hard going.  Prophet with Honor by William Martin is an examination of the life and ministry of Billy Graham, with a particular focus on his political relationships.  Both those used for the Gospel and those that could have been embarrassing for him.  A great read.  A longer review will probably come. 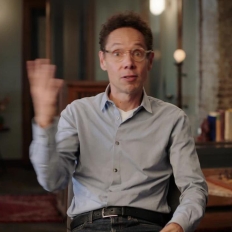 I do try and read one book on preaching a year.  This year the plan was to work through the preaching course by Bryan Chapell (of Christ Centered Preaching fame) which is available on biblicaltraining.org.  The course was good, but was for undergraduates rather than seasoned (read: spent longer making mistakes) preachers so I struggled a little.

The surprise for preaching for me was the course on masterclass.com.  Malcolm Gladwell’s class on writing had given me ideas before, but going through it again and seeing how he seeks to communicate was very helpful.

I should give due credit to Stephen Fry’s Mythos and Heroes and which I listened to as audiobooks with Fry’s unique sonorous voice narrating his work.  Rob Mundle’s account of The First Fleet gave some surprising insights to the life and faith(?) of Arthur Phillip.  J R R Tolkien’s Lord of the Rings took on a new life as an audiobook as well.  Michael McIntyre’s autobiography Life and Laughing was both humourous and surprisingly dark, but as one would expect no piece of literature.  I am still working through Sinclair Ferguson’s Some Pastors and Teachers, but the earlier sections on John Owen and John Calvin are outstanding.

There are a few podcasts I want to mention as well.  I think John Dickson has found his sweet spot with “Undeceptions” where he engages and interviews people about a variety of things that show Christianity to be a reasonable worldview to hold.

If you are looking for a short, punchy and inspiring podcast for people who are professionals in ministry (or key leaders), it is hard to go past The One Thing.